Here are some newly discovered pics that I forgot I had. This is my first Christmas at Disneyland in 1995. First up, Main Street, USA! I loved when they had the garland over the street. 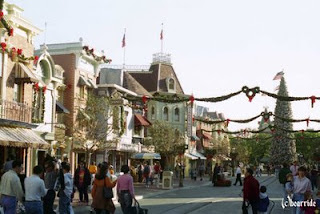 The Coke Corner. I can hear Rod Miller playing in the back of my head and that is him in the picture (If you look closely). I often hear voices, so this is nothing new! 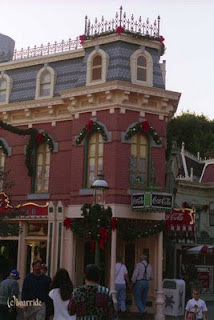 The Plaza Inn when you could eat there when I wasn't your birthday. 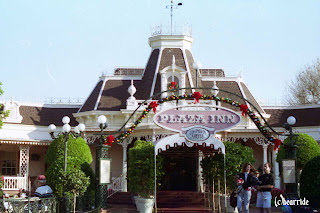 The Castle and it's trees. I miss them at Christmas. I am SOOOOO glad they are reopening the walkthru! 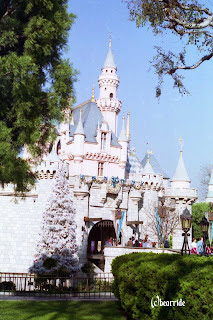 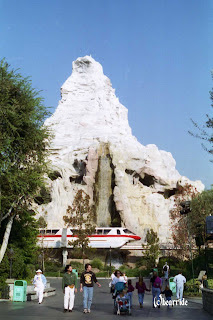 In my last post I posted pics of my very first Disneyland Model. Now you will get to see what I learned to do with scale and accuracy. From the pics in my last post, we have journeyed about 10 years to 1993. Now mind you I had been building models for all that time, my own version of Disneyland. This is the model where I put what I had learned all together at the same time. This is my model of Tomorrowland. I built it to represent three different time periods 1967, 1977, 1987 (in the late 90's I started a 1997 version but gave up as I hated the '97 Tomorrowland). I know that I posted some of these pics a long time ago, but I just found the slides and these are new scans.
First up 1967 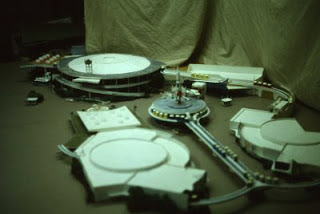 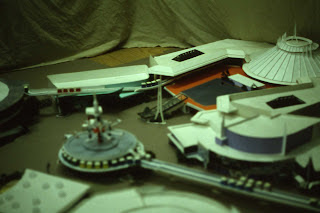 A close up of some of the model. 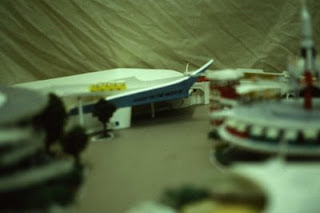 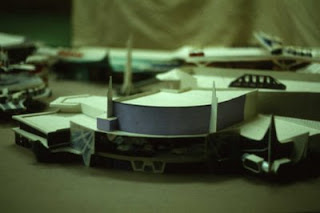 The Peoplemover and Rocket Jets 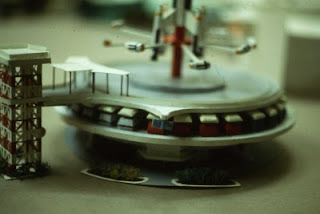 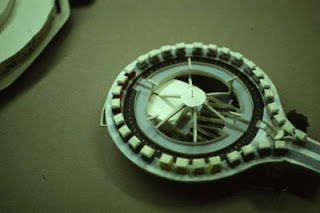 So there are sections of the model left. I still have the Carousel Theater, Star Tours, the Tomorrowland Stage and the Peoplemover. Time was not good to the model as it was built of paper and wood. Anyway, there you are. A career that could have been!

So, OK! I swore I would never show these pics but the last couple of days and chatting with Katella Gate in my last post got me thinking. I wanted to be a Model Maker, work in a model shop, make models of new buildings. I new this a 10 years old. I'd take car model kits and kitbash them with others before anyone new the meaning of kitbashing. In 1982 I decided that I was going to build a model of Disneyland in the basement of my house. My parents let me do it as they always were a solid influence in my quest for artistic creativity. I started building my model. I had no sense of scale, but I knew how big I wanted it to be. First up was the castle. I knew if I built that I would have the right size for the rest of it. Well, after that came Main Street station, then all of Main Street. I had no aerial photos, detail shots or other. I had my 1981 Disneyland Souvenir Guidebook and Disneyland, The First Quarter Century book (I had the 1983 Guidebook later, Which confused the hell out of me about Fantasyland). To a 12 year old infatuated with the park, these were gold. So I used what I had to build the model. The pics below are of what it looked like when I thought I was done with it in spring 1984.
So its TERRIBLY out of scale, missing parts, Tomorrowland is a mess but I was a budding artist and we all had to start someplace.
Please be kind with your remarks, LOL!!!!!!!!!!! 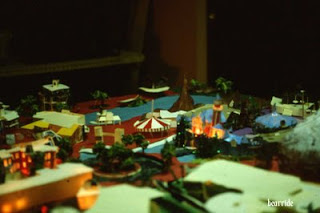 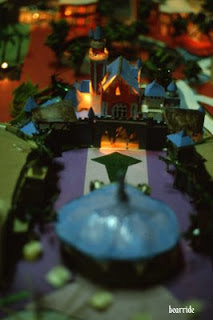 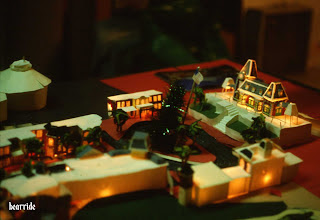 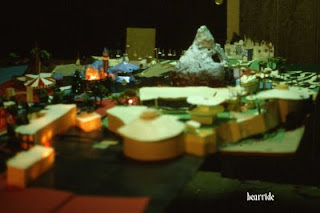 Here are some pics of Adventureland from the late 80's. First up is the bridge into Adventureland. Look at all that asphalt! 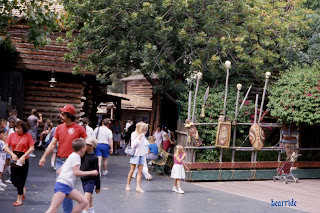 Here is the Adventureland bathrooms before the waterfall. 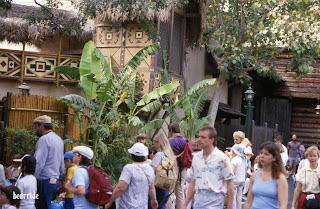 And finally for today we have the Safari Outpost and Sunkist, I Presume! 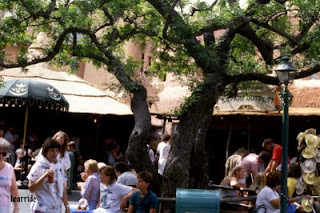 Yay! I'm Back.
So today I have a treat for you. Here are some pics for you from Christmas 1977. As I remember there were many more than I now have but a friend of my sister named "Diane" stole them. What she wanted with them I'll never know.
So here is a shot from the hub looking up Main Street. 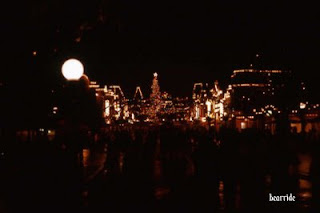 The Autopia. Amazing how long those costumes were used. 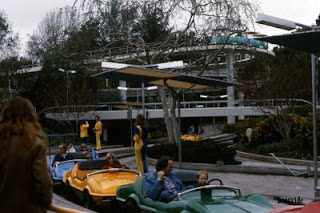 The Subs, Monorail Blue and the Skyway. What more could you want! 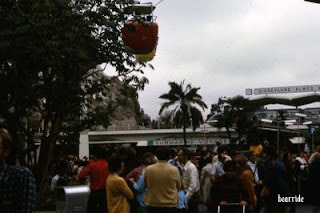 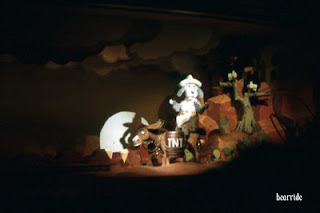