Here are some pics that will get a groan or a cheer, Disneyland's Light Magic. These pics were taken at the annual passholder party in 1997. We are looking at the last unit in the show right infront of the projection tower closest to "it's a small world". 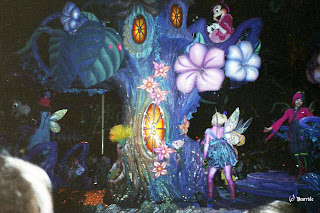 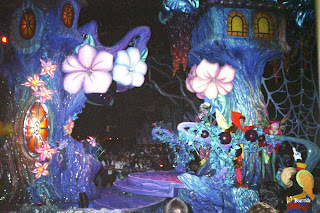 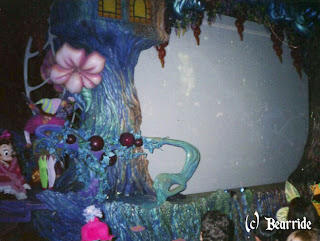 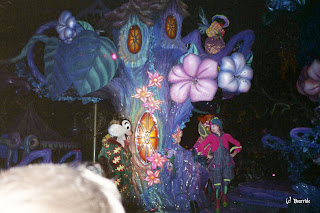 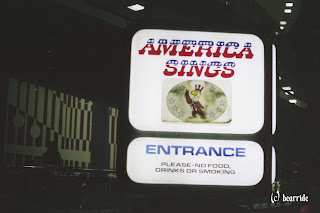 Further Adventures of Blast To the Past 1988

Here is some more pics of the Blast to the Past spring promo in 1988. First up we have a Beach Party st up in front of 'it's a small world'. As I remember the clearances for the parade passing were tight. It also blocked entrance to Videopolis somewhat. 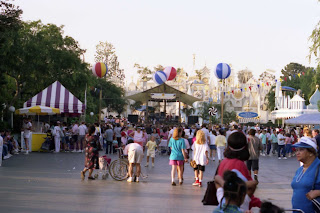 Ever wondered how they get the confetti off the awnings on Main Street? Know you know! 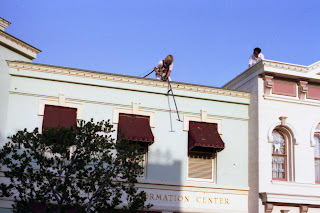 Here are a couple of pics of the Main Street Hop dance thingy that they had. It taught people how to hula hoop and twist. In the next season, 1989's Blast to the past, Disneyland combined the Hop and the parade into just a parade. 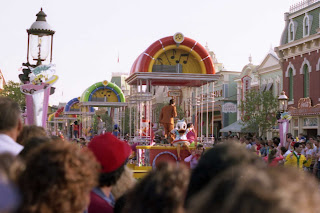 "Come on, baby Lets do the twist" 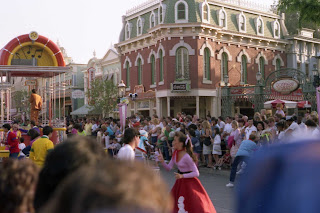 Here's a pic of the Tomorrowland Terrace. The stage was done up like a giant Jukebox. If you look on the top of the stage you can see they built the jukebox around Rolly Crump's "Organic Sculpture". They just recently put something similar back up on top. The original was removed in 1990. Also if you look you can see the back of the sign for America Sings. If I remember right this pic was taken April 10th, 1988, The night it closed. 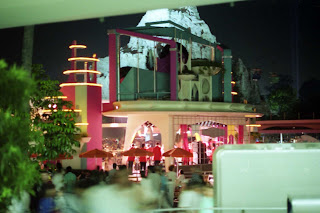 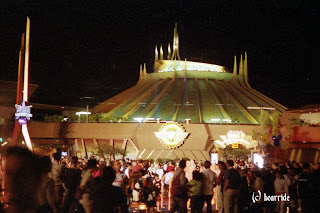 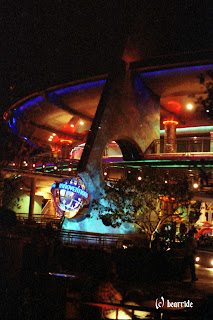 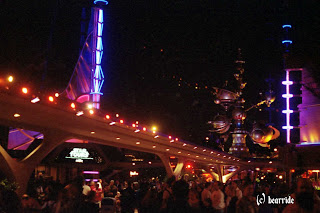 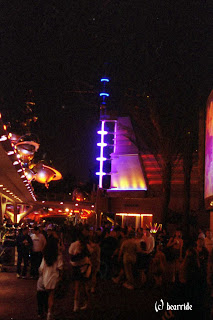 Here is a first in a series of some nighttime pics of the new, new, new tomorrowland from opening night in 1998. Enjoy!!!! 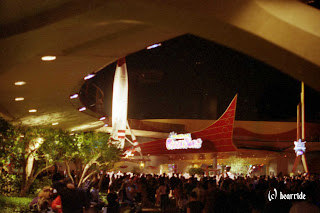 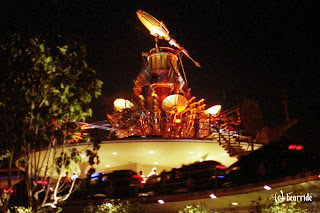 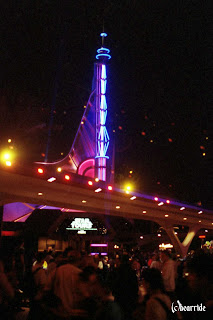 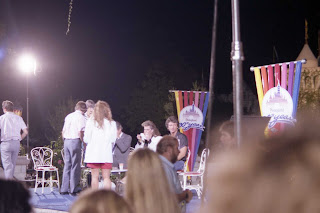 Ready for the ceremony 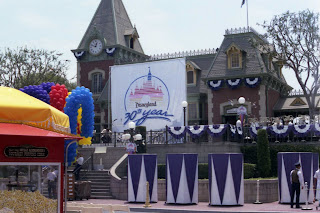 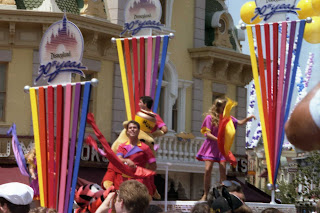 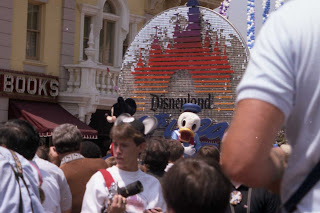 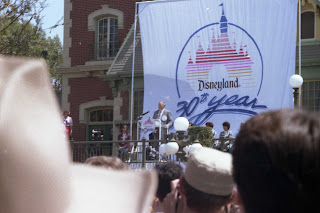 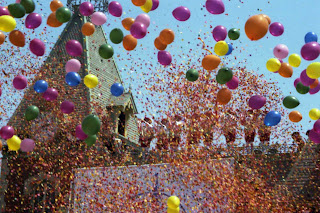 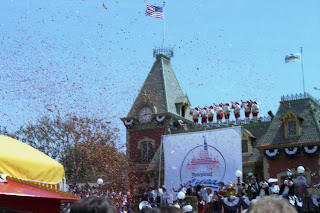